humans and cannabis: a brief history.

Together Since Basically Forever 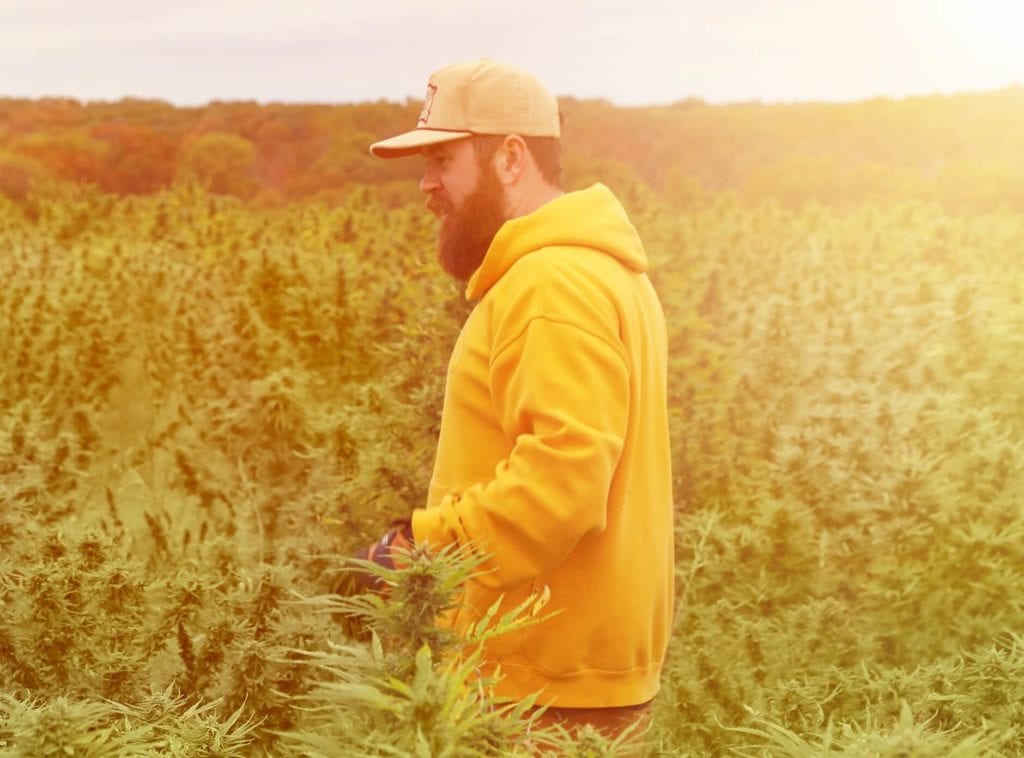 Versatile and hardy, hemp has been a staple crop for many thousands of years of human history, beginning around 8,000 BCE in Central Asia. Its proliferation and spread since that time certainly makes us wonder: Did humans and cannabis co-evolve? The plant species surely evolved as we propagated it, spreading it across the world, did it shape our evolution as well?

Cannabis played a clear role in our success in transitioning from nomadic hunter-gatherer tribal communities to larger agrarian civilizations, spreading throughout Asia to Europe, and then westward to the Americas.

Over the 10,000 years of modern human history, it’s grown alongside us, providing a range of uses: as a food source (for us as well as our livestock), as a textile fiber (rope, paper, fabric for everything from clothing to nautical sails), and of course its ritual and recreational role through the psychoactive properties found in THC-rich cannabis strains.

Whether due to environmental factors or through human cultivation, the cannabis family split and evolved as several different species, with different strains within them. For example, what we consider today to be industrial hemp (less than 0.3% THC per the 2018 Farm Bill) is a strain of cannabis sativa, a species that also includes THC-rich strains.

Then, in the early 20th century in the United States, the government found a totally new use for cannabis: as an immigration-management tool.

Misinformation about cannabis spread, fueling the unfounded belief that its psychoactive properties (primarily found in THC-rich varieties) made people violent and dangerous.

Beginning in 1916, states began to outlaw the plant, culminating in a national ban of it through the Marihuana Tax Act in 1937, which made no distinction between hemp (then a staple crop of the Americas — Jefferson even drafted the Declaration of Independence on hemp paper!) and its THC-rich varieties.

Between 1937 and 2018, cannabis of all varieties disappeared from the American diet (not even our livestock were eating it!) and general environment. We’ve only recently begun to learn what we’ve been missing, and can only theorize about the implications of its absence on our overall health and wellness.

WHAT WE’VE BEEN MISSING: REINTRODUCING CANNABIS TO OUR DIETS

So, back to the question: Is it possible our physiology coevolved with the plant over time? Absolutely. Do we know how it helps us, or the impact of its absence from our diet? Not exactly. But we’re starting to figure it out.

Don’t worry — we won’t leave you hanging. Hang in there and we’ll loop you in on what we’ve learned since the discovery of the human endocannabinoid system (which was amazingly recent. Like 90s-grunge-recent). The implications of recent research are BLOWING OUR MINDS, and the basis for launching Zolt! MORE FROM THE JOURNAL

I tried Zolt for 30-days and here’s what happened

Can ashwagandha help you sleep?

How can I sleep better at night naturally?

What are the benefits of medicinal mushrooms?

What Do Prebiotics Do?

What are adaptogenic mushrooms

What is Vegan Collagen Made of?

When Should You Take Ashwagandha?

Can Terpenes Make You High?

Brain Fog: The Causes and How to Get Rid of it

How To Take CBD Isolate Powder

What is an Adaptogen?

What are functional mushrooms

Coffee vs. Tea? I Swapped my Coffee for Zolt

Can You Mix CBD into Water?

What is CBD Powder and How is it Made?
Page load link