What are adaptogenic mushrooms? 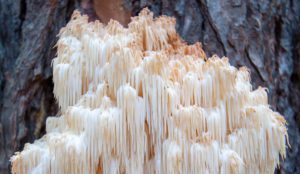 If you’re unaware of adaptogenic mushrooms, they are becoming the key for many consumers to find balance in their daily health and wellness routines. Due to their unique properties and bioactives, they are known to have unique effects on the body, one being the ability to reduce the effects of stress.

WHAT ARE THEY?
Adaptogenic mushrooms are mushrooms that are used to reap certain health benefits such as strengthening the immune system, improving brain function, energy and more. They have been used for years in ancient history and Chinese medicine to address various illnesses and diseases, and are still considered standard treatments in certain countries today.

Some of the most common forms of adaptogenic mushrooms that you’re likely to hear include reishi, cordyceps, lion’s mane, turkey tail, chaga, and shitake.

Although the properties of adaptogenic mushrooms are notable, they are not to be confused with “magic” mushrooms or mushrooms that have psychedelic effects. They can be consumed without fear or worry of having any psychoactive effects on the brain, and instead can be chosen based on how well they meet your wellness needs and fit into your lifestyle.

Adaptogenic mushrooms are mushrooms that are used to reap certain health benefits such as strengthening the immune system, improving brain function, energy and more

What gives medicinal mushrooms the ability to do what they do is their composition of metabolites that have been extracted and processed to retain unique properties that can have benefits on the body.

Adaptogenic mushroom research shows that at least 651 species of mushrooms have antitumor or immunostimulating metabolites, which are extracted from the fruiting bodies of the mushroom. Some of the main substances responsible for those effects include polysaccharide, polysaccharide proteins, and proteins.

Other bioactive substances that may contribute to the anticancer and antiinflammatory effects of mushrooms include triterpenes, lipids, and phenols.

Additionally, adaptogenic mushroom research has also been conducted to discover possible functional properties in mushrooms, which could be efficient in possible treatments of diseases, allergies, inflammation, cancer and much more.

As always, before purchasing or consuming adaptogenic mushrooms, it’s worth taking the extra mile to ask questions, do research and ensure that you know where the mushrooms are being sourced.

TAKING ADAPTOGENIC MUSHROOMS
This leads us to our next point—when taking adaptogenic mushrooms, what can you expect? If you’re a frequent consumer of other capsules and superfood powders, you’re probably familiar with the reality that it may take some time before fully reaping the benefits. Consistency is key and you can think of adaptogenic mushroom capsules or superfood powders in a similar way.

Effects can be dependent upon a variety of factors including the adaptogenic mushroom you’ve decided to incorporate into your routine, its potency, and simply due to the way your body responds to the effects. With that said, if you’re not feeling effects right away, do not fear or worry. This can take anywhere from a few days to a week.

Similarly, due to those factors, adaptogenic mushrooms’ side effects are another component to consumption that may be difficult to pinpoint. Listening to your body is key, as well as being consistent with usage.

SUPPORT YOUR HEALTH WITH ADAPTOGENIC MUSHROOMS
Given the extensive background on adaptogenic mushrooms and the ongoing studies that are being conducted to get to the bottom of these superfoods, it’s an exciting opportunity to support your health and wellness with adaptogenic mushrooms.

If you ask us our personal preference on how to consume these mushrooms, we prefer our drink mixes. They’re easy to incorporate into your day and they have enjoyable flavor. Find all organic adaptogenic mushrooms like reishi, lion’s mane, and cordyceps in our Peak superdrink mix, for starters. You’ll also find adaptogens featured in Peak and Well+ drink mixes.

We’re not afraid to shout it from the mountaintops: we love adaptogenic mushrooms! To try them for yourself, shop Zolt today. 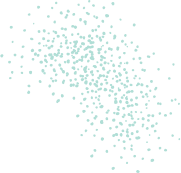 MORE FROM THE JOURNAL

I tried Zolt for 30-days and here’s what happened

Can ashwagandha help you sleep?

How can I sleep better at night naturally?

What are the benefits of medicinal mushrooms?

What Do Prebiotics Do?

What is Vegan Collagen Made of?

When Should You Take Ashwagandha?

Can Terpenes Make You High?

Brain Fog: The Causes and How to Get Rid of it

How To Take CBD Isolate Powder

What is an Adaptogen?

What are functional mushrooms

Coffee vs. Tea? I Swapped my Coffee for Zolt

Can You Mix CBD into Water?

What is CBD Powder and How is it Made?